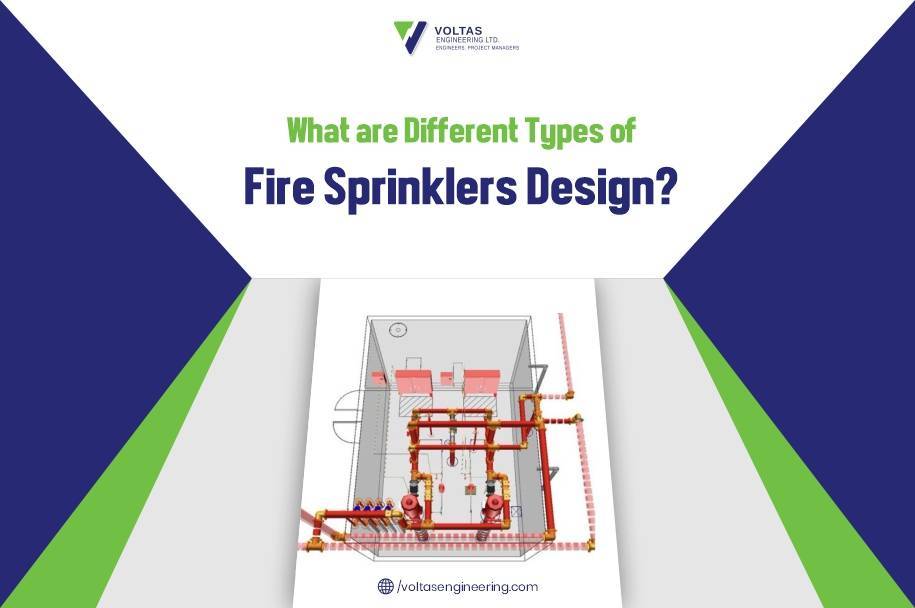 What are Fire Sprinklers?

Fire sprinklers are designed to detect and suppress fires in a building. They can be installed anywhere in the building, but most often they are installed on the ceilings or suspended from the ceiling.

The fire sprinkler system is made up of pipes, valves, and sprinklers that discharge the water when the effects of the fire have been detected.

When a fire occurs, heat from the flames will activate the sprinkler head which will release water. The water cools down the fire and extinguishes it before it can spread to other parts of the building.

There are four types of Fire Sprinkler Designs:

Wet pipe sprinklers are continually filled with water. This enables them to respond rapidly in the event of a fire. They are also the most popular form of fire sprinkler installed in buildings.

A typical commercial facility where they are installed is a high-rise or multi-story office building. This sort of fire sprinkler system is well-known for being low-maintenance and cost-effective.

However, it can cause major water damage and should not be used near electronics.

Pre-action Fire Sprinkler Design requires a two-step activation process. The first one is when the pre-action valve will open and let water into the pipes when it detects heat or smoke. In the second one, when the Sprinkler heads detect fire, the sprinklers immediately release water over the fire.

Pre-action sprinklers are configured to prevent water from escaping in the case of a mechanical failure or false alert.

The pre-action system is often appropriate for locations where sprinklers are only required when a fire erupts which reduces the water damage. These regions might include data centers, libraries, or other locations with high-value assets.

As like Pre-Action systems, Dry pipe sprinklers employ pressured air in the pipes, which escape before the water. This can create a slight delay before water is discharged, but it is an option for commercial buildings in colder climates to prevent pipes from freezing in the winter. This is a faster opening tool that helps in the removal of air from the pipe and increases the speed of the water flow.

Deluge sprinkler systems design are typically called dry pipe systems. Unlike the Pre-action sprinklers, these sprinklers’ heads are always open when they are activated. These systems do not contain either pressurized air or water. When heat is detected, the deluge valve opens and then water is sent to all open fire sprinkler heads.

Deluge systems are used in high-risk locations like chemical plants, aircraft hangars, and power plants. These sprinkler systems are very effective in risky environments because they release water or another fire suppression over all of the open sprinkler heads simultaneously.

Fire sprinkler systems are designed to respond quickly and automatically when a fire occurs, considerably faster than any person, regardless of the time, day, and safety issues. The type of system designed would depend upon the requirements and areas.

Advantages of a fire sprinkler system:

Disadvantages of a fire sprinkler system:

What Does A Fire Sprinkler Designer Do?

A fire sprinkler designer is responsible for researching and designing sprinkler systems to prevent or help in the suppression of fires. Their duties include doing research and analysis, collecting feedback from clients and other experts, creating prototypes or samples, and communicating with engineers and technicians

Do you want to get Fire Sprinkler Systems Design?

While designing fire sprinkler systems, the design, installation, and maintenance of these systems should be considered by skilled specialists. After your sprinkler system is established, fire protection specialists will collaborate with you to create a maintenance program that matches your demands while also ensuring the safety of your personnel and assets.

If you are looking for a professional Fire Sprinkler Engineer in Surrey, BC you need to hire a company like Voltas Engineering Ltd. Call us for any assistance.